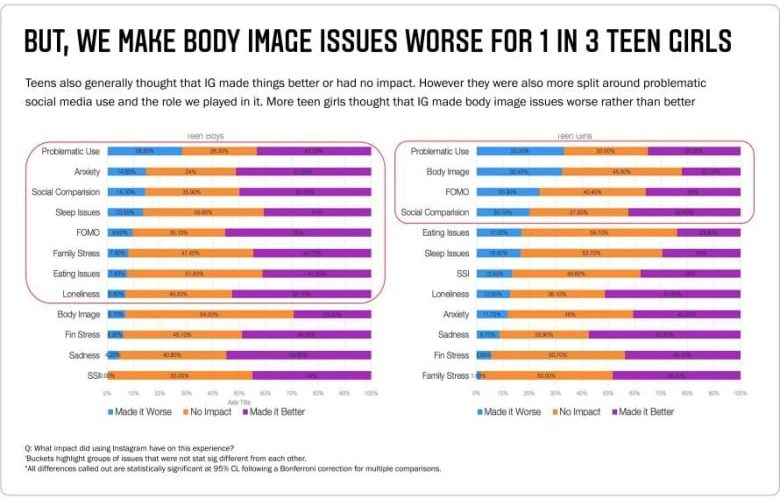 Facebook says it is putting its plans to develop a version of Instagram specifically for people under 13 on pause, after strong opposition from some child-safety advocates.

“While we stand by the need to develop this experience, we’ve decided to pause this project,” the company said in a blog post.

“This will give us time to work with parents, experts, policy-makers and regulators, to listen to their concerns and to demonstrate the value and importance of this project for younger teens online today.”

“It won’t have ads, and it will have age-appropriate content and features,” Facebook said, noting that both YouTube and TikTok have versions made specifically for kids.

The company announced the plans in March, and the idea was met almost immediately with hostility from legislators and child advocates.

In the United States, attorneys general from 44 states signed a letter to the company urging it to halt the plan, saying research suggests that children are “simply too young to navigate the complexities of what they encounter online, including inappropriate content and online relationships where other users, including predators, can cloak their identities using the anonymity of the internet.”

Technology experts were also sharply critical of the plan, arguing that encouraging children to spend time on Instagram could have negative impacts on them in terms of the amount of screen time it would involve, along with the impact on their mental health, self-esteem and budding consumer choices.

“The whole purpose is to display yourself for the approval of others,” Aimée Morrison, an associate professor and expert in social media trends at the University of Waterloo, in Waterloo, Ont., said in an interview with CBC News.

Morrison says young people are even more compelled than others to consume and emulate what they see on social media.

The impact of social media such as Instagram is one consideration, but the privacy concerns tied up in allowing children to give up information about their private lives to a massive company are also in play.

“This is coming from a company that has a comprehensive history of data leaks, of facilitating misinformation and hate speech, and so it doesn’t exactly fill a lot of experts with confidence,” said Sun-ha Hong, an assistant professor of communication at Simon Fraser University in British Columbia.

While the company notes that there are no plans to offer advertising on the service, Hong says that’s not the point. “You’re making it much easier for these companies to target kids to profile them to collect data, and … in the future that makes it much easier to advertise to kids directly or sell data about children.

Hong says Facebook has not earned enough trust on these issues for the general public to assume it’s sincere.

“It’s extremely disingenuous for them to suggest that all they need to create a special kids program, and suddenly they can fix the problems that they’ve neglected to solve all these years.”

The company made a lengthy response over the weekend refuting the Wall Street Journal’s extensive reporting on the backlash.

The Journal’s reporting on the issue revealed that Facebook’s own research told the company that teen girls who reported struggling with body image said Instagram made it worse rather than better.

While pausing the plans for now, the company makes it clear it still thinks that a kid-focused version of the app is the best way to proceed over the long run.

“Critics of Instagram Kids will see this as an acknowledgement that the project is a bad idea,” Instagram head Adam Mosseri said. “That’s not the case.”

The decision comes as the social media giant faces even more scrutiny from regulators. Last December, the Federal Trade Commission and 48 states launched an anti-trust investigation into the company. On Thursday, Facebook executives are scheduled to appear before a U.S. Senate committee on the matter.

While the reach of the core Facebook app appears to be slowing, that is not the case with Instagram. The stock market currently values Facebook as a whole at just shy of $1 trillion US, but Bloomberg Intelligence analyst Mandeep Singh says more than half of that value could stem from Instagram alone.

About 40 per cent of Facebook’s ad revenue already comes from Instagram, and total revenues could surpass those of the rest of the company by 2023.

Given that, he says that hitting pause on the plan is probably for the best from a business perspective. “Facebook’s decision to pause the rollout of Instagram Kids is well timed, we believe, as the push would have likely increased regulatory scrutiny,” he said.