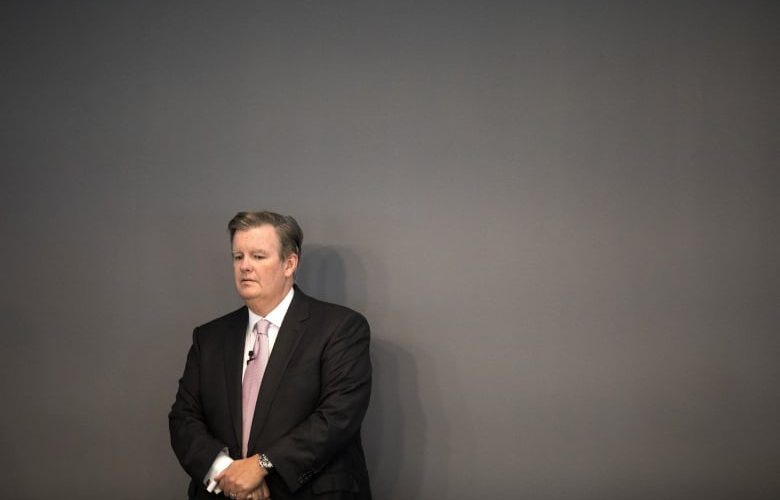 Rogers Communications Inc. says a move by former chair Edward Rogers to replace five members of the company’s board is “invalid,” the latest development in an ugly fight for control of the company.

After being ousted as chair of the company that bears his name on Thursday, Edward pitched a plan to replace five members of the company’s board with new people of his choosing, saying in a statement that he “believes that it would be in the best interests of RCI to reconstitute the board.”

On Friday evening, the company responded to that move by making it clear that it has no plans to do that.

The move is just the latest stunning development in a tumultuous week for the company, one that saw Edward ousted as chair of the company his father founded after a failed bid of his own to wrest control of the company.

In September, Edward tried to get rid of CEO Joe Natale and put the company’s chief financial officer, Tony Staffieri, into the top job.

An emergency board meeting was called, at which three members of the Rogers family — sisters Melinda and Martha, along with their mother, Loretta — banded together to stop Edward’s plan.

Natale reportedly heard of the plan to oust him when Staffieri accidentally pocket-dialled him while discussing the plan with one of the company’s former executives, the Globe and Mail reported Thursday.

Staffieri left the company abruptly within days. But that didn’t stop Edward’s attempts to make changes at the top.

After weeks of behind-the-scenes battles, he was voted out as chair of the board of the company his father, Ted, founded. He was replaced as chair by independent director John MacDonald, who is among the five board members that Edward is trying to remove, along with John Clappison, David Peterson, Bonnie Brooks and Ellis Jacob.

Still on company board

While out as chair, Edward Rogers remains on the company’s board. And his move to replace other members of the board suggests he’s still seeking change at the top.

“This story may not be over,” Prof. Richard Powers with the Rotman School of Management in Toronto told CBC News in an interview on Thursday evening.

While Rogers Communications Inc. is a public company with shares that freely trade on the Toronto Stock Exchange, the family maintains effective control over the company through an entity known as the Rogers Control Trust that has 97 per cent of the company’s A shares, which have 50 times more voting rights than the shares that float on the stock market.

“If and when received, the company will consult with its counsel regarding the legality of this course of action,” Rogers said. “Joe Natale, and management team remain steadfast in their commitment to driving the performance of the business and executing on the proposed merger with Shaw.”

Glenn Rowe, a professor of strategy at the Ivey Business School in London, Ont., says that a messy dispute like this at a company the size of Rogers is almost unprecedented.

“Normally, when you have a dual structure with the family owning the majority of the voting shares, you don’t see this kind of public family dispute in this type of situation,” he said in an interview. “I’m very surprised that what’s going on within the family has spilled over into the public forum.”

“One of my friends called this a soap opera, and I think that’s a very good … way to describe it.”

Business professor Glen Rowe says it’s rare to see public fights like this at a company as big at Rogers, even when they are controlled by families. 0:39

Powers says he thinks Edward has made a gross miscalculation.

“Edward thought he had more sway than he did, but he certainly wasn’t able to sway his family members. And … the big stick on that board is Loretta,” Powers said, referring to Ted’s widow. “She is … the matriarch of the family and to go ahead with a coup without her support … just questions his judgment.”

Investment analyst Jerome Dubreuil with money manager Desjardins said in a note to clients on Friday that the power struggle is a distraction.

“It appears that the board is doing everything it can to address the situation quickly in order to stabilize management and governance processes long before the acquisition of [Shaw] closes,” he said, referring to the company’s planned $26 billion takeover of Shaw, which faces numerous regulatory hurdles.

“Still, we believe this series of events may very well not be over,” Dubreuil said.

Patrick Horan with Toronto-based money manager Agilith Capital says the saga is hanging over over the company’s shares like a cloud.

“Edward sees himself more as a leader and somebody who is capable of running the CEO or the presidency [but] I don’t think most shareholders would agree with that.”