Seven changes to income tax in 2016 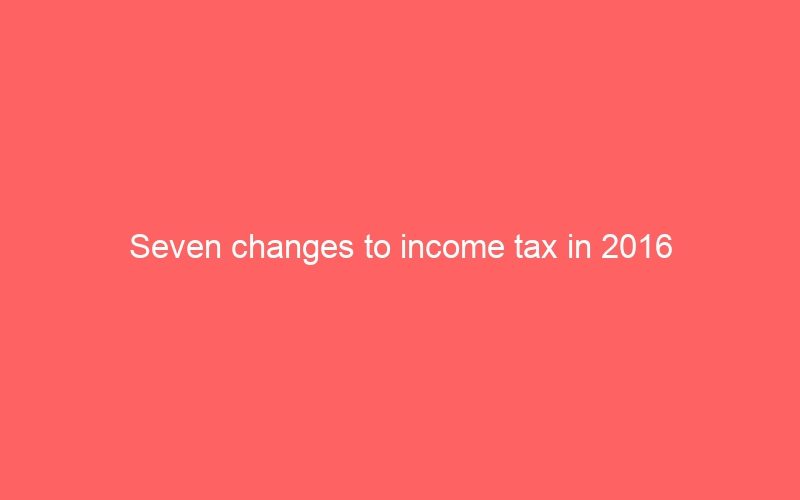 Tax season is upon us, and there are a number of changes to keep in mind for your income tax return this year.
Christina Commisso, CTVNews.ca Writer
Published Monday, March 7, 2016 6:30AM EST
Last Updated Tuesday, March 8, 2016 12:45PM EST
CTVNews.ca has highlighted some of the major changes that can impact how much you owe, or what kind of return may be in store.
Family Tax Cut
The controversial income-splitting benefit ushered in by the former Conservative government in 2014 is on its way out, but some families can still benefit from the tax cut in their returns this year.
The Family Tax Cut allows parents or common-law partners with children under 18 years old to split their income to shrink their tax burden. The higher-earning partner can transfer up to $50,000 of income to the lower-earning partner, for a tax credit of up to $2,000.
Caroline Battista, senior tax analyst with H&R Block, says income splitting is most beneficial for spouses or common-law partners who have a big difference between their incomes. But she recommends that all families take a look at the credit.
“I’ve seen people who might not get the full $2,000. But I had many clients last year that got $300 or $400, and who wouldn’t want that?” Battista told CTVNews.ca
Enhanced Universal Child Care Benefit
The Enhanced Universal Child Care Benefit, which was introduced in 2015, is also on its way out, with the Liberal government promising to introduce a new, tax-free Canada child tax benefit later this year. However, families will have to account for the UCCB when they file their tax returns this year.
The UCCB saw families receive $160 per month for each child under six years old, and $60 per month for each child aged six through 17.
Battista points out that families will have to pay tax on the UCCB, which replaced the Child Tax Credit that was worth an average of $337 per child.
“So people are seeing smaller refunds,” she said.
New tax brackets
The Liberal government campaigned on a tax cut for the middle class and a tax hike for the top one per cent of income earners.
Beginning this year, the federal marginal tax rate on those earning between $45,283 to $90,563 will drop from 22 per cent to 20.5 per cent. Those earning more than $200,000 will see their tax rate increase from 29 per cent to 33 per cent.
Paul Woolford, tax partner at KPMG, says it’s important for higher-income earners to keep these changes in mind when filing their 2015 taxes.
“For those higher income earners, there’s some thought of not deducting your RRSPs in 2015 and applying it in 2016,” he said.
Woolford said the same goes for other discretionary deductions, such as certain medical expenses.
“You’re forgoing a benefit in 2015, but in theory you should get a bigger bang for your buck in 2016, when you’re taxed at potentially a higher level,” he said.
Child-care expenses
The amount parents can claim for child-care expenses has increased by $1,000 annually, per child, to $8,000 for a child under six and $5,000 for a child aged between seven and 16 years old.
Child fitness tax credit
The child fitness tax credit has changed from a non-refundable to a refundable credit, meaning that families who claim the program cost or registration fee for a physical activity can now receive up to $150 per child.
Battista said, since non-refundable credits go towards taxes you owe, lower income families often don’t submit the expenses.
“The good things about changes to the fitness tax credit to a refundable tax credit, it means that lower income families will still get the same benefit,” she said.
Canada Apprentice Loan
Students in a designated Red Seal trade program can now claim interest on their government student loans.
Tax-Free Saving Accounts
The Liberal government is reducing the contribution limit for Tax-Free Saving Accounts to $5,500 after the former Conservative government raised the limit to $10,000 in 2015.
But Woolford said it’s important to keep in mind that there’s no loss of the $10,000, as the room  in your TFSA accumulates, and you can use it in later years.
“There’s no benefit of a tax deduction, but you can invest without paying tax,” he said. “The takeaway is: don’t lose sight of that, that’s an important vehicle to shelter investment income