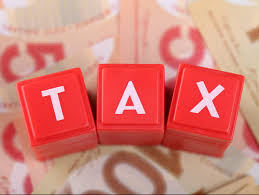 Income taxes form a major portion of the annual revenues of the federal and provincial governments of Canada. Tax collection agreements allow different governments to levy taxes through a single administration and collection agency. The federal income tax system of Canada is administered by the Canada Revenue Agency (CRA).

Individuals residing in Canada are liable to pay personal income tax on their worldwide income. Certain types of Canadian-source income earned by non-resident individuals will also be taxed. The amount of income tax levied on an individual is based on the amount of his or her taxable income for the year. Certain deductions such as those made for contributions to Registered Retirement Savings Plans, union and professional dues, child care expenses, and business investment losses, are allowed to determine a person’s net income. A special deduction like capital losses, half of capital gains included in income, and a special deductions for residents of northern Canada, are also allowed to determine the taxable income of a person. Personal income tax may be deducted at the source, paid in installments or paid after the return has been filed.
Further, employers are also authorized to deduct Canada Pension Plan (CPP) contributions and Employment Insurance (EI) premiums from the gross salary of employees. These deductions are then later sent to the CRA. The CRA can refund excess tax paid by individuals once they file their annual tax return. Personal income tax returns for a particular year are usually filed with CRA on or before April 30 of the following year. The Canada Revenue Agency also collects personal income taxes for provinces/territories that have entered into a tax collection agreement with the federal government. These funds are then later remitted to the respective governments.

The Canadian government levies corporate taxes on corporate income, capital and insurance premium taxes, payroll levies like employment insurance and property taxes. Other indirect taxes, such as goods and services tax (GST), and sales and excise taxes are also levied on business inputs.
Corporations that are resident in Canada are subject to tax on their worldwide income. Other corporations, which are not resident in Canada, are liable to Canadian tax on certain types of Canadian source income as laid down under Section 115 of the Canadian Income Tax Act.
The CRA collects corporate income taxes for all provinces and territories except Ontario, Quebec and Alberta. Provinces and territories that have entered into a tax collection agreement with the federal government are not allowed to provide deductions in calculating taxable income. These provinces and territories may provide tax credits to companies as incentives for activities like mining exploration, film production, and job creation.