What is changing with the CPP? 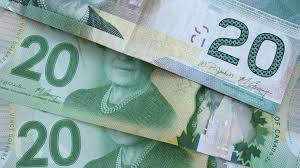 Canada’s finance ministers came to an agreement to make changes to the CPP. They came up with an expansion to the Canada Pension Plan to help future Canadians save for retirement. These changes happened for two reasons:  First, CPP expansion was a campaign commitment of the federal Liberal government. Second, Ontario had been moving forward with its own provincial Ontario Retirement Pension Plan  (ORPP) if the country’s finance ministers failed to reach an agreement on a CPP expansion.

What is changing to CPP and what do they mean by expansion?

Right now the CPP  replaces about 25 per cent your income up to $54,900. So, the maximum pension comes in it at around $1,092 per month, or $13,100 per year. Contributions are 4.95 per cent for each of the employer and employee, up to the same cap.
The expansion is a tier added on top of the existing CPP. The new CPP tier will be phased in over the next nine years to 2025. First will be an increase to the replacement rate up to 33.3 per cent from the current 25 per cent. Second, it increases the upper earnings cap from $54,900 up to $82,700.
To pay for this, the Globe and Mail reports that the contribution rate will go up by 1 per cent for both employers and employees. These new contributions will be accounted for separately and will be deductible for tax purposes—unlike current contributions which only get a non-refundable tax credit.
If you are a low to middle earner who are currently at or under the earnings cap, the change will boost your pension by about one third.  Because of the extra coverage, if you are a middle-to-high earner you will eventually see a substantial increase in your CPP cheques along with an increase to your CPP premiums when you are working.

The federal government plans to finalize the agreement by July 15 of this year and then begin increasing  premiums from workers and employers  starting in January 2019.  As well Ontario’s pension plan (ORPP), which was all but finalized and set to begin in 2018, will now be scrapped.
If you are current retired and receiving CPP benefits you will not get any additional money. It is younger workers, who will contribute the higher rate for longer, who stand to gain the most when they eventually  retirement .